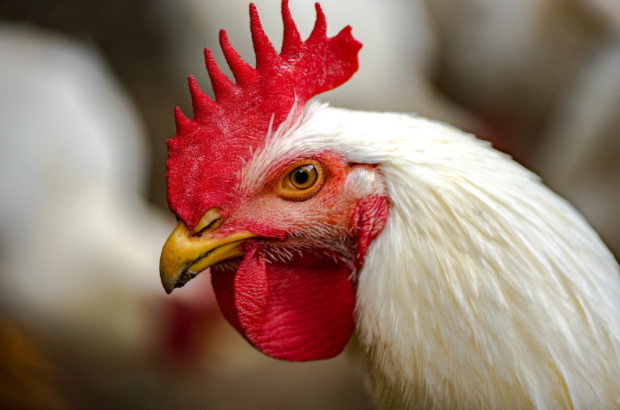 Ever looked at a chicken’s head and noticed that there’s so much going on. They have many more structures around their little heads than we do, all with a function. So what exactly are all the little bits and pieces called and what do they do? Read on for a quick course on chicken head anatomy.

The beak of a chicken is equivalent to the jaw in mammals. Some animals have jawbones and teeth, but the chicken has a lightweight beak to do the eating and lifting with. The beak of a chicken is made from keratin and is used to groom, eat, drink, kill small prey items, manipulate objects, probe for food and feed young.
The beak can also serve as an amazing weapon and is often the weapon of choice when it comes to chickens. The chicken’s beak continues to grow throughout its life, so you might have to do some trimming to remove damaged parts. If you don’t feel confident trimming the beak, it is best to visit your vet or poultry specialist to do this for you.

Contrary to popular belief, chickens do have nostrils and rely on them much more than you would’ve thought. The nostrils are located on top of the beak. Chicks already develop a sense of smell while they are still inside the egg. Their sense of smell is quite strong even though they aren’t the best sniffers in the animal kingdom.

Despite a chicken’s small eyes, they have remarkable sight. This fact might not be commonly known, but chickens do see in colour, they also have a 300-degree field of vision without turning their little heads.
Chickens have the basic colour cones in their eyes, red, yellow and blue, as well as an extra UV cone that allows them to see many more shades and colours than we humans can. The UV cone comes in very handy when searching for bugs, seeds and other tasty morsels in the grass.
Mother hens also use the UV cone to determine the health of their chicks. Growing feathers reflect UV light and thus clues the mother in on the growing speed of her chicks. Chickens also have a motion detecting cone in their eyes that allows them to sense the slightest movement be it food or predator.
Chickens can also use their eyes independently on different tasks simultaneously. If your chicken looks a bit droopy, it can be a sign of illness since chickens tend to always be alert.

The eye is very crucial to the survival of the chicken and thus requires some extra protection, that is what the eye-ring is for. The eye-ring is simply the skin surrounding each eye and will cover the eyeball completely when closed like an eyelid.

Chickens, unlike humans, do not have external ears, instead, the ears are just an opening in the ear canal. The chicken’s ear canal is located behind the eye and protected by tufts of feathers.
Chickens have a quite sophisticated hearing to interpret all the sounds around them and locate danger. Their sense of hearing will develop before hatching and will be used to communicate with the hen.

In chickens, the ear lobe is the most prominent part of a chicken’s ear and can be found hanging just below the ear canal. Earlobes can vary in colour and size depending on the breed of your chicken, but the usual colours are either white or red.
Some say that the colour of your chicken’s earlobes can be directly linked to determining what colour eggs your hen will lay. Red earlobes generally mean you will receive brown or tinted eggs whereas white earlobes mean you can expect some lovely white eggs. Just keep in mind that there are exceptions to this rule.

The thing most notice first on a chickens head is the comb. The comb is the fleshy growth found on top of your chicken’s head. The comb tends to be larger in roosters than in hens, but the breed of your chicken will also influence the size.
Other variations you can expect are differences in shape. Shape is often determined by breed. The comb is most often red in colour, but you can also find black, blue, purple and light grey combs on some breeds. The purpose of a comb is first and foremost a cooling mechanism since chickens cannot sweat.
The blood exposed to the air while flowing through the comb cools down the chicken. This, unfortunately, means that the comb is a liability in winter and can get frostbite if not cared for properly. Roosters also use the comb to attract females. Lastly, the comb serves as an indicator of health. If the colour appears off or if the comb is shrivelled and droopy in appearance your chicken might be sick.

The wattles are the fleshy caruncle that can be found dangling from the chin of the chicken. Like the comb, the wattles are responsible for cooling the chickens down on hot days and are commonly red in colour. This can vary according to the chicken’s breed, however. Wattles are also used to attract mates.
The next time you visit your coop and give your chickens a cuddle, pay attention to the head to see all of these structures for yourself. Want to know what the rest of your chicken’s anatomy is called? Here is a quick reference: