The Ultimate Guide To Keeping Roosters 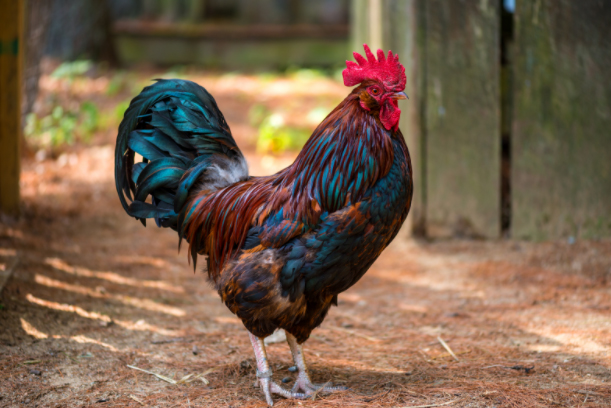 When you talk about keeping chooks, most people immediately have hens on the brain. Hens are a lot of fun and make up the majority of a flock, but they are only half the story. A rooster can be a valuable addition to any backyard flock, especially if you want some cute babies around.

If you have no intention to keep a rooster, it does help to be able to spot one. If you are in the business of hatching eggs, you will inevitably get a rooster or two so it helps to know how to sex your chicks, care for your roosters and how to rehome them.

Is It A Rooster Or A Hen?

Despite what some chicken owners say, it isn’t always easy to identify a rooster from a hen. To further complicate the matter, some hens might act and even look like roosters!

The easiest time to figure out the gender of a chicken is in early chick-hood. It should also be relatively easy when they are fully grown and laying. Teenage chooks, however, can be quite difficult to tell apart.

If you spread the wings of the chick and find wing feathers of equal length, you have a male. If the feathers alternate between long and short, you have a female. Females will also often develop tail feathers before the males.

In certain hybrid breeds, the colour of the hatchling indicates gender. Some purebreds also exhibit this trait early in life.

Vent sexing is essentially feeling around for the reproductive organs. This is not the best way to sex chicks for novice keepers.

It is usually quite easy to tell the girls from the boys once everyone is full grown and has their adult plumage. The chances are that you won’t need any help unless you have a reversed sex hen. Just to recap, here are the differences between a hen and a rooster:

Crowing is the most certain sign that you have a rooster. Most cockerels will start to crow at around 10-12 weeks old

The rooster will have extremely long, pointed feathers that cover the bum

Roosters have neck feathers that are long and pointy and resembles a lion’s mane.

Roosters are the kings of attitude, they outshine even the sassiest of hens.

Why Would I Want A Rooster? 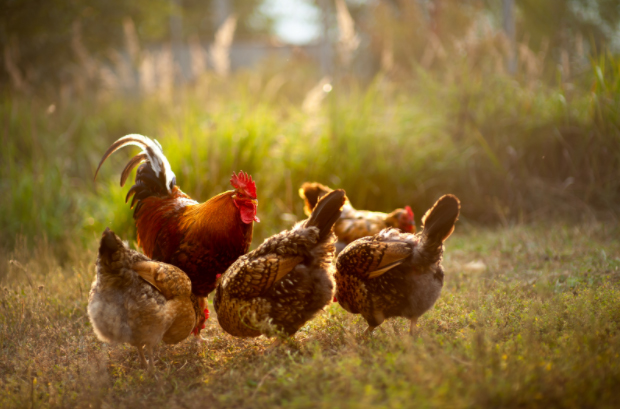 Roosters play an important role in the flock. They are excellent at spotting food for the hens to peck at and is great at spotting danger. A rooster is still no match for a determined fox or dog, but they can sound the alarm and put themselves in harm’s way to protect the rest of the flock.

A rooster is also essential if you want to breed your own chicks. Hens will lay fertilised eggs after being mated with a rooster. These eggs can either be allowed to hatch naturally under the hen or placed in an incubator. They are still perfectly edible if you take them out every day, so don’t worry!

The one drawback is the crow. Some suburban neighbourhoods do not allow roosters due to the noise level.

Can I keep a rooster in my backyard?

Urban areas often discourage the keeping of roosters. In some councils, it is illegal to keep roosters, but this is not always the case. Many places around Australia have no explicit prohibition against keeping roosters. You will have to check with your local council, however, before you get a rooster and a giant fine!

Keep in mind that even if you are allowed to keep a rooster, they are not exempt from the local noise restrictions. The rooster’s crow in the morning can become a serious problem if you and your neighbours aren’t all early risers. There are some steps you can take to reduce or even delay crowing such as:

If you can overcome the restrictions on rooster keeping, it isn’t that much more challenging than keeping hens. All they need is the right food and a comfy coop to flourish. Remember to show them who’s boss every once in a while before they dominate you as well!

What Can You Do With Unwanted Roosters?

Unfortunately, not everyone lives in circumstances that allow for the keeping of roosters, or you have too many roosters already. Whatever the case, if you hatched a clutch of eggs with several roosters in the mix, you will need to do something about it.

The first preference of course is to rehome, but regardless of the outcome, a humane approach is always best.

Make sure you have the knowledge and ability to keep roosters before you introduce any into your flock! There are plenty of things to consider to keep your flock and your neighbours happy.